Carmel High School’s new Center for the Performing Arts hosts a variety of visual and performing arts venues including choral, instrumental, theatrical, and student-produced film screenings by means of an overhead projector.

The facility also incorporates a black box theater that seats 100 for more intimate, smaller-scale productions. The 360-seat auditorium incorporates demand controlled ventilation that monitors CO2 levels in the space and adjusts the amount of outside ventilation delivered to the space which reduces the energy required to condition the outside air when compared to conventional systems with pre-set limits.

The facility also implements digital scroll compressors in the HVAC units conditioning the space which operates at a higher efficiency with varying loads. Further contributing to energy conservation is a free-cooling or economizer cycle inherent in the design. This feature takes advantage of outdoor air when temperatures are desirable thus eliminating the operation of mechanical cooling. 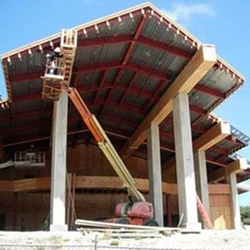 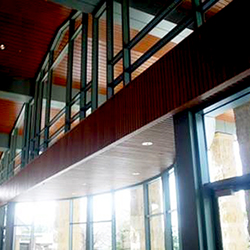